Gone, But Not Forgotten.

At 11.11am on the 25th of April, I begin to write. It is ANZAC day here in Australia, a day to remember the fallen soldiers who fought for our country. It is a day to honour the spirit of all who passed.

Here in Australia, and as the seasons flow, we are also in the lead up phase to Samhain, a day to honour the dead, and for me, today is humble beginnings to a simple, daily progression of honouring the ancestors until the veil thins the most of the 30th of April.

As the day would have it, and as I grow and develop my psychic medium abilities more expansively, sitting down to purposely connect with spirit today has been at the forefront of my being for the last few days. This excites me as I feel a whole new energy come in, and expansion to both my commitment and dedication to spirit, and my ability to connect; upgrades coming in, whoohoo! 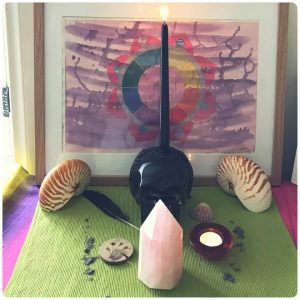 Today’s channelling comes from a place of complete respect and honour, with a belief that there are messages available to us today to assist us in our understanding and healing journey.

‘The first thing that I see in my minds eye is the hat. The service or military hat that I think is called a ‘slouch hat’. This image is very prominent in my vision and takes up a lot of space. I can see a lot of soldiers walking back and forth, almost like they are in a bit of daze in the spirit realm, and I sense this is because of the profound recollection and honouring that occurs on a day like today. It feels like they are all wondering the spirit realm waiting to be recalled, remembered and reconnected with.

A very stoic military man steps forward, and he has a very staunch, stoic General feel to him; he feels like he was a General in the military. He invites me to take his hand and walk down memory lane, and he begins to show me the horrific occurrences of the war he saw; battlefields of Gallipoli.
As he show me the ‘reels’ of images from his time, he shares with me, “there were many a soldier scared of the place that they had come to, it was a time where too many were placed in the fields that were all too well known for death only. The scarcity of vulnerable fear in these lads were no-where to be seen, and although we all felt this way, it was our job (the hierarchy) to place our own fears aside and encourage these boys to step up and achieve what they were sent here to do.
So many of us felt it an absolute disgrace, yet commitment to land and country was all that we knew. We fought so gallantly and bravely for causes that we thought were just, terrifying, but just, and there was very little among us who thought otherwise.”

In a puff of smoke the General is gone and I hear the name, and feel the presence, of Terrence. Terrence is on of those lads who were jovial, a real larikin and always up for a laugh, yet in his eyes I can see a sense of maddening, like a losing of the mind brought on by the environment he was in.
Terrence sits me down, in a dugout type scene, smoke in hand, eyes now on the ground, and a solemn, somber feel encases us both. He speaks of the Turks, and the maddening way this war is unfolding, seemingly with no rest and no end. It’s hard going, he explains, not just physically but even more so mentally. It’s hard, and I can see why in the depths of his eyes he looks like he is going insane.
The place we are in is horrible, and I can sense, feel and see the ‘action’ taking place all around us, but we, Terrence and I, are cocooned inside a safety bubble.
Terrence say’s, “if we had known, if we had truly known, we never would have come. We never would have come to a place like this. The pain is so unbearable, with everyday eating up a piece of your very soul until one day, there is nothing left. Nothing left. No sense of who you are. No sense of who you were. No sense of what you’re doing even. It’s a type of insanity that takes pieces of your spirit or your soul, and you are left going through the motions of war not feeling anything, like a mode of auto pilot that takes over your body because you’re no longer there.
I hate this place. I hate it. This is what hell is. Hell on earth.”

Terrence also tells me that we’ve learn nothing, and he refers to YEMEN as being another place where he has found himself in, experiencing more of the same, including death, and is distraught at our inability to understand the value of life. In Terrence’s current spirit state, he doesn’t understand the pain and the suffering that we as human beings inflict upon others. It makes no sense to him what so ever, and this adds to the maddening look within his eyes. So I ask Terrence, ‘what is it that we can do? How can we make a difference and end all of this suffering?”

Terrence looks at me with the saddest of eyes and he shakes his head, ever so slowly, as if to say, “no, he does not know, or it can’t be done.”

Suddenly his state of being in the spirit realm changes, and a ‘higher self Terrence’ stands before me; actually, I think he his still sitting yet his presence grew or expanded so much it feels like he is towering over me.
As this transition takes place, I can sense the divine source energy uniting with his, an expansion and unification that is an absolute vision to behold. In a different voice, one more pure, more divine, more connected, Terrence responds to my questions, “I’m not sure that this is a possibility in your lifetime dear one”, as he strokes my face. “It all seems too ideological to most people these days, and the idea of expanding relationships beyond war has always been looked upon by the masses or the elite, as a dream or a fairy tale or an idea that is too far out there to ever become true. This ideological sense of being is still ingrained in far too many at present, so while the notion of being able to make a difference and end all wars is an admirable one, it’s not one that is going to integrate in the near future.
The work that is needing to be done to drive toward this change though, is foundational work. Work on self, work on immediate relationships, work on growing incredibly connected, profound, resilient and knowing children into equally qualified adults.

There is no time where you will be able to push out those in places of power and leadership with the desire for something better. Instead, you have to have that better available to replace the out dated. Instead you have to grow better, expand expand better, connect better and relate better. Instead, you have to develop the goodness, the awareness, the integrity, the oneness, that will eventually roll out, impacting and effecting more and more places, until it is this that is unavoidable.

In truth, there is still so much for you all to learn, so much more for you all to tap into. And whilst we applaud the efforts that life changers are going to and have been going to, there is still so much that you are all unaware of. So much more for you to connect with, to draw on, to be inspired by, and this is the kind of wisdom that comes from within. It is the wisdom of the soul, the collective pool of source energy. It is the universal knowledge that is available and accessible to all. The expansion is limitless, yet barely scratched on the surface. To go beyond what is and to create a greater impact in the world with unity, love, compassion, oneness, and the possibility to neutralise war, requires more and more humans allowing soul to lead the way. It requires surrendering to the higher power, to a higher cause, and it means silencing the ego-driven aspect of human beings, and it means listening to the soul or spirit of self, of others, of nature. There is a greater connection accessible to all, and only through the expansion of this connection can the foundations of a greater way of experiencing life and each other, be laid in  such a way that they can withstand the attempts of being overshadowed or over thrown by those who are disconnected from the oneness of the planet as a whole living, existing, co-existing, organism.”

And with that, the connections is broken, everything disappears, and I am left with a sense of insignificance in an infinite world.’

Deep gratitude for spirit and the connections made today.
xoxox

Author: Gemma Rose Green is the Raw & Real Goddess. Her super powers are truth & vulnerability, courage & commitment, & an ability to help others access, accept & achieve their own bright, bold, badass way of living. She is deeply committed to shaking things up, to disrupting spirituality, to redefining the ‘norm’ & to creating more inclusive, attainable & practical ways of expressing & experiencing uniquely individual & joyful lives. Gemma inspires a healing revolution from within, promoting self & generational healing, through the power of voice & communication, accountability & acceptance, and organically formed intuitive processes. Gemma Rose Green is an intuitive energy worker, a channel for soul, source and spirit, an intuitive & practical mentor, teacher & coach, an author, writer, creative spirit, & of course, a Raw & Real Goddess.